- A Common Quest for Understanding

indgår i serie From the Vatican Observatory Foundation 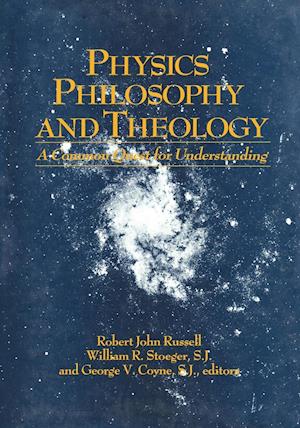 This is a book written by scholars for scholars, but with a broad appeal to the intelligent lay person. It represents the results of the meeting of 21 eminent researchers at the Papal Residence at Castel Gandolfo to explore topics of common interest for scientists, philosophers, and theologians. It presents a quest common to several disciplines of scholarly research, and therefore, can be read with fair comprehension by all interested individuals. In that sense it is not a scholarly treatise. It presents more questions than answers.

A special feature of the book is the presentation of a message by Pope John Paul II calling, in a way that is unique in the history of Papal discourses, for dialogue among the communities in quest of an understanding of the human situation in light of the most recent advances in physics and cosmology. the Pope addresses some of the principal concerns with theologians should explore with respect to recent research in such fields as quantum physics, cosmology, particle physics, etc., and he asks that theologians, philosophers, and scientists alike would deepen their awareness of one another's perspectives on issues of common concern. The contents of the book are wide-ranging but unified. the first part treats historical and contemporary relations in science and religion, biblical theology on creation, Newton's thought and the roots of modern atheism, which science and theology confront one another. n the second section the ways of knowing peculiar to the various disciplines and the implications for philosophical realism are investigated. In the last section a very creative and imaginative approach is taken to some of the most prominent areas of contemporary physics and cosmology in exploring whether they are open to revealing to us some thing of the reality of God and the relationship of God to the Universe and to us as we search for meaning within that universe.