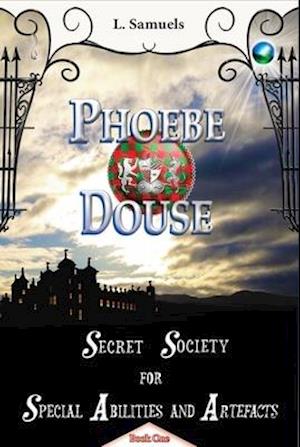 Grandmother Naan's superstitious stories seem too peculiar and childish to Phoebe Douse. But when surprising and unfortunate circumstances in Texas lead her to accept a timely invitation to attend a remote boarding school, thousands of miles away in Scotland, Phoebe finds that everything is not what she made herself believe. Unwittingly, Phoebe is thrown onto the stage of power and danger as events unfold that reveal the extent of her abilities and Naan's connection to the school. There, Phoebe is introduced to the clandestine world of S3A2 and is forced to decide between her new friends and the promises of power and S3A2 status from the welcoming but strangely mysterious Headmaster Duff. In this first installment of a YA trilogy (for ages 12 and up), Phoebe Douse: S3A2 presents an adventure-filled, coming-of-age novel, with mystery and a touch of the paranormal. There are also themes on self-discovery, valuing culture and diversity, and building trust and friendship.