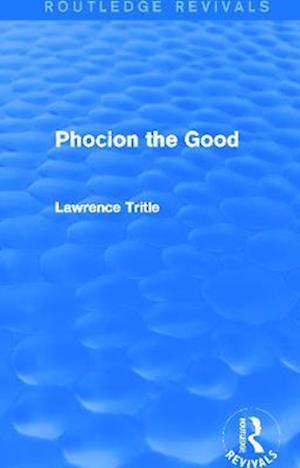 Plutarch's Life of Phocion has not been closely analysed since 1840. Laurence Trittle's study, first published in 1988, offers a new assessment of this significant and complex personality, whilst illuminating the political climate in which he thrived. Though often thought to be of humble origin, Phocion was educated in Plato's Academy, rose to prominence in the innermost circles of Athenian political life, and was renowned as a soldier throughout the Greek world. Professor Trittle traces the origins and development of the historical tradition that so shaped an image of the "Good" Phocion, so that his actual achievements as a politician and general were all but lost. He can thus now be seen in the context of fourth-century Athens: as a major political leader, a worthy opponent of Philip of Macedon, and a champion of a politics of justice rather than of the traditional politics of enmity.