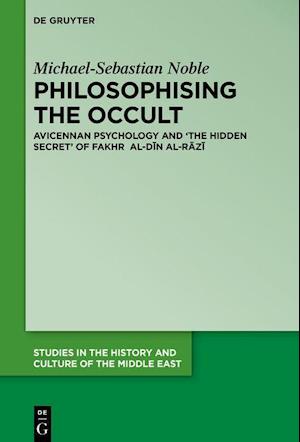 Was it mere encyclopedism that motivated Fakhr al-Dīn al-Rāzī (d.1210), one of the most influential Islamic theologians of the twelfth century, to theorize on astral magic - or was there a deeper purpose?

One of his earliest works was The Hidden Secret ('al-Sirr al-Maktūm'), a magisterial study of the 'craft' which harnessed spiritual discipline and natural philosophy to establish noetic connection with the celestial souls to work wonders here on earth. The initiate's preceptor is a personal celestial spirit, 'the perfect nature' which represents the ontological origin of his soul.

This volume will be the first study of The Hidden Secret and its theory of astral magic, which synthesized the naturalistic account of prophethood constructed by Avicenna (d.1037), with the perfect nature doctrine as conceived by Abū'l-Barakāt (d.1165). Shedding light on one of the most complex thinkers of the post-Avicennan period, it will show how al-Rāzī's early theorizing on the craft contributed to his formulation of prophethood with which his career culminated. Representing the nexus between philosophy, theology and magic, it will be of interest to all those interested in Islamic intellectual history and occultism.