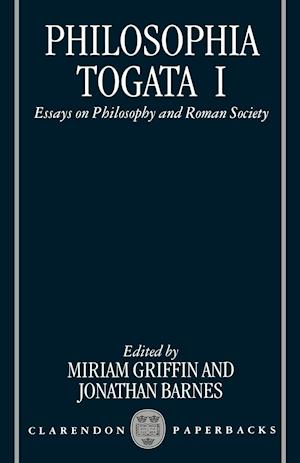 The mutual interaction of philosophy and Roman political and cultural life has aroused more and more interest in recent years among students of classical literature, Roman history, and ancient philosophy. In this volume, which gathers together some of the papers originally delivered at the seminar on Philosophy and Roman Society in the University of Oxford, scholars from all three disciplines investigate this interaction in the late Republic and early Empire, withparticular emphasis on the first century BC which can be seen as the formative period. The book contains chapters on such key figures as Posidonius, Antiochus of Ascalon, Philodemus, Lucretius, Cicero, and Plutarch, as well as general essays on `Philosophy, Politics, and Politicians at Rome', and `Roman Rulers and the Philosophic Adviser'. There is also an analytical bibliography.