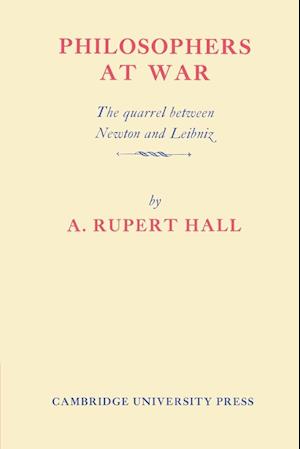 Probably the most celebrated controversy in all of the history of science was that between Newton and Leibniz over the invention of the calculus. The argument ranged far beyond a mere priority dispute and took on the character of a war between two different philosophies of nature. Newton was the first to devise the methods of the calculus, but Leibniz (who independently discovered virtually identical methods) was the first to publish, in 1684. Mutual toleration passed into suspicion and, at last, denunciation of each by the other as a fraud and a plagiarist. The affair became a scandal, as British mathematicians asserted Newton's claims before the public while their Continental colleagues hotly defended Leibniz's priority. Professor Hall analyzes the situation out of which the dispute arose, the circumstances that caused it to become embittered, the dispositions of the chief actors, and the shifts in their opinions of each other.