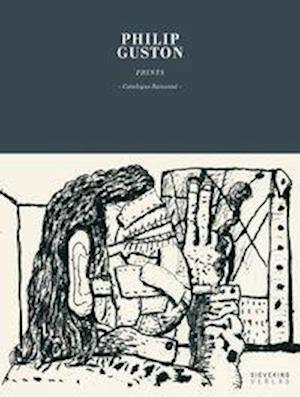 When Philip Guston turned to the medium of lithography in the early sixties, he was regarded as one of the leading figures of Abstract Expressionism in the United States. At that time, his art was already showing signs of the change that would lead to the later representational works that dominated the last decade of his career. The impressive series of black-and-white lithographs that Guston made shortly before his death in 1980 incorporates, as a sort of visual autobiography, the complete repertoire of objects that marked his return to powerful pictorial representation: simple everyday items, clocks, shoes, books, cigarettes, ashtrays, and occasionally his beloved sandwiches and cherries. All of these things, taken from the world of the private and intimate, are given a unique vitality by Gusto' s ironic eye and deliberate hand in the soft cadences of the lithographic crayon.

Forfattere
Bibliotekernes beskrivelse Philip Guston: Prints is the first publication to present Guston's complete printed oeuvre. Fifty exquisite reproductions showcase a printmaker who - along with Jackson Pollock and Willem de Kooning - was one of the most influential American artists of the twentieth century. 50 col.