Philip Doddridge and the Shaping of Evangelical Dissent 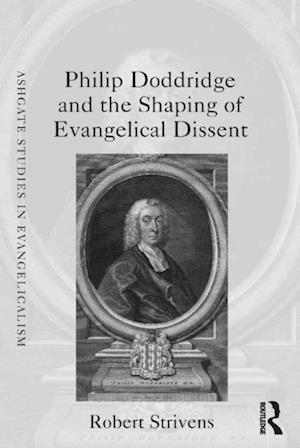 Evangelical Dissent in the early eighteenth century had to address a variety of intellectual challenges. How reliable was the Bible? Was traditional Christian teaching about God, humanity, sin and salvation true? What was the role of reason in the Christian faith? Philip Doddridge (1702-51) pastored a sizeable evangelical congregation in Northampton, England, and ran a training academy for Dissenters which prepared men for pastoral ministry. Philip Doddridge and the Shaping of Evangelical Dissent examines his theology and philosophy in the context of these and other issues of his day and explores the leadership that he provided in evangelical Dissent in the first half of the eighteenth century. Offering a fresh look at Doddridge's thought, the book provides a criticial examination of the accepted view that Doddridge was influenced in his thinking primarily by Richard Baxter and John Locke. Exploring the influence of other streams of thought, from John Owen and other Puritan writers to Samuel Clarke and Isaac Watts, as well as interaction with contemporaries in Dissent, the book shows Doddridge to be a leader in, and shaper of, an evangelical Dissent which was essentially Calvinistic in its theology, adapted to the contours and culture of its times.