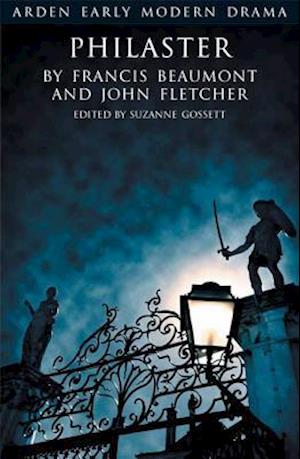 Philaster is a tragicomedy by Beaumont and Fletcher which has much in common with Shakespeare's late plays such as The Winter's Tale. Set in a fictionalised Sicily, it has the complex plot of love, disguise and the threat of death much loved by early modern theatre-goers. This edition provides an authoritative, modernised text by a leading scholar with detailed on-page commentary notes giving readers a deeper understanding of the play. The comprehensive, illustrated introduction discusses Philaster from a performance perspective as well as its relation to Shakespearean drama, and places it in its historical and critical contexts. The play is often taught on Shakespeare and Early Modern drama courses but only now is such a detailed, modern edition available for use by students and scholars. With its wealth of helpful and incisive commentary, this is the finest edition of the play available. The Arden Early Modern Drama series accompanies and complements the Arden Shakespeare Third Series, offering editions of non-Shakespearean Renaissance drama and Restoration drama from the period 1500-1700.Modelled on the Third Series in appearance and style Arden Early Modern Drama editions will offer high-quality textual scholarship and full annotation, together with an accessible, student-friendly introduction.

Forfattere
Bibliotekernes beskrivelse Philaster is a tragicomedy by Beaumont and Fletcher which has much in common with Shakespeare's late plays such as The Winter's Tale. This edition provides a modernised text edited to the scholarly standards associated with all Arden editions and a detailed, illustrated introduction. 20 in introduction