- Western Philanthropy in South, East and Southeast Asia in the 20th Century 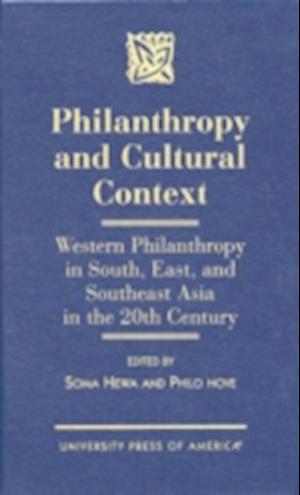 By examining several philanthropic programs of the Rockefeller and Ford Foundations in public health, medical education, agriculture and science in South, East and Southeast Asia in the 20th century, this volume addresses the success and failure of Western philanthropy, and their long-term implications for those societies. It provides a thorough analysis of Asian perspectives on philanthropy based on predominant religious values, and their influence on the emerging philanthropic foundations in the region. Contributors to this volume include such prominent scholars and practitioners of philanthropy as Barnett F. Baron (Asia Foundation), Warren F. Ilchman (Center on Philanthropy, Indiana University) and Kathleen D. McCarthy (Center for Philanthropic Studies, City University of New York), as well as a number of Asian experts from around the world.