Petra and the Nabataeans 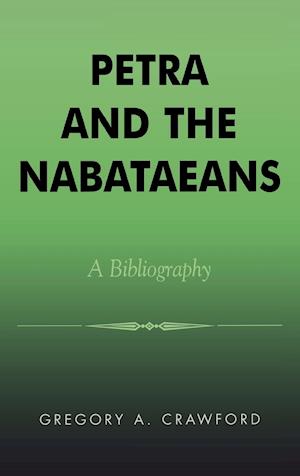 From an unknown period before the time of Christ to the fifth century A.D., a civilization existed in the dry deserts of Jordan. While many impressive remains of this civilization have been found, especially the stone-carved tombs and temples of Petra, relatively little is actually known of the people we call the Nabataeans. Not only have they left no written history, except inscriptions, few historians actually mention their existence. This Bibliography attempts to pull together from widely disparate sources the literature of research on the Nabataeans, and especially on Petra, their capital. While the main focus of the bibliography is the time period of the Nabataeans, many articles, books, and chapters on Petra and its environs are included even if they discuss periods outside this time frame, including the Stone Age, the Roman period, the Islamic era, and the Crusades. In addition, writings on the Edomites, the predecessors of the Nabataeans, are also included. Entries are listed alphabetically by author and then by date. Indexes by subject scheme as well as a comprehensive index to the authors and editors round out this useful reference work.