indgår i serie Palgrave Studies in the History of the Media 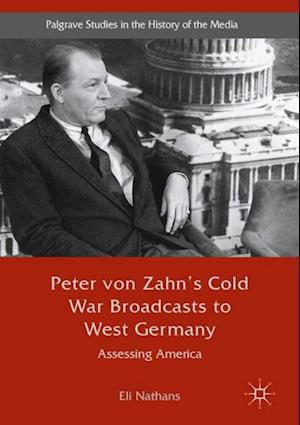 This book examines the pioneering radio broadcasts and television documentaries about the United States made in the 1950s by the influential West German journalist Peter von Zahn. Part intellectual biography, part analysis of significant debates in West Germany, part study of an intensive encounter with the United States, the book helps explain the transformation of postwar West Germany. As a soldier in the Wehrmacht in World War II, Zahn held the militantly elitist views typical of young men in Germany's educated middle class. He reconsidered these positions in his postwar broadcasts. At the same time he coldly assessed the capacity of the United States to win the Cold War. His broadcasts examined McCarthyism, the African-American civil rights movement, and numerous aspects of American culture and politics. Zahn's broadcasts were one important voice in West German debates about the defects and virtues of modern democratic societies and especially of the United States, debates whose intensity reflected recent German experiences with the failure of the Weimar Republic and with Nazism.  Zahn's analyses of the United States remain startlingly relevant today.