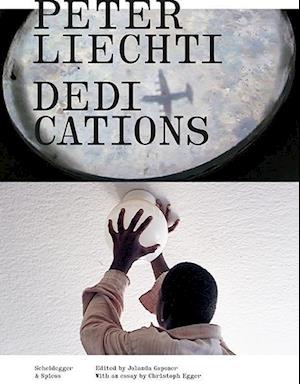 Peter Liechti (1951-2014) was a Swiss film author and director, cinematographer, and producer. Many of his more than 100 documentaries, music and experimental films have been shown at international festivals. His last and unfinished project Dedications he began when he already suffered from his terminal illness. Originally intended to become a trilogy dedicated to the Swiss writer Robert Walser (1878-1956), the Dutch painter Vincent van Gogh (1853-1880), and to "the unknown Sudanese Chief", the progress of his illness made him to alter his concept to a very personal review and reflection on his life's most significant personal and artistic impressions and moments. Liechti's widow and working partner Jolanda Gsponer, together with a group of his former collaborators, has assembled all the material of Dedications in three parts to preserve it and make the work visible. Part one is a filmed reading by Liechti from the diary he kept during his stays at the hospital and which was intended to be the film's underlying text. Part two is an audio-visual installation of the raw material for Dedications.Part three is this book, a self-contained publication of Liechti's entire diary, illustrated with some 100 video stills with captions, and including a DVD with the film's unedited 15 opening minutes.

Forfattere
Bibliotekernes beskrivelse Tribute to Swiss film author and director Peter Liechti, featuring material from his unfinished Dedications project, including a free DVD with the unedited opening sequence of the project.