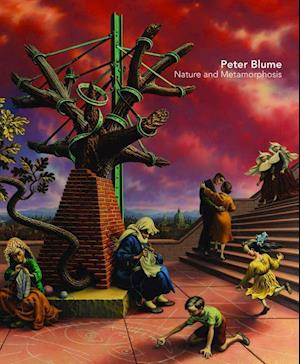 Russian American artist Peter Blume was one of the earliest practitioners of surrealist painting in the United States, and his elaborately detailed and dreamlike compositions helped define American Modernist art. Blume worked out the themes of his ambitious large-scale paintings through dozens of drafts in different media, slowly developing layers of allegory and imagery that dramatized the creative process, cultural memory, urban expansion, destruction, rebirth, and political power. Showcasing over a hundred paintings and drawings, as well as sketches, sculpture, and ephemera from all periods of his six-decade career, Peter Blume: Nature and Metamorphosis provides unprecedented insight into the artist's process, his relationship to Surrealism, and his profound visions of twentieth-century social and spiritual upheaval.This comprehensive volume draws on a selection of previously unpublished interviews with Blume and selected examples of the artist's writings, and reflects previously unknown aspects of Blume's work, including a poster design made during World War II, a major painting not seen in public since 1961, and extensive photographs and drawings from his archives. Essays by Samantha Baskind, Sergio Cortesini, Robert Cowley, David McCarthy, Sarah Vure, and Robert Cozzolino delve into topics such as Blume's relationship with an international community of artists and writers and their work, his engagement with politics in the 1930s and 1940s, his vital role in the evolution of Surrealism in America, the relationship between automatic drawing and precise painting in his own practice, and the influence of his Jewish heritage on his work. The first retrospective of this influential artist in several decades, Peter Blume: Nature and Metamorphosis brings the artist's significance within the history of American art into sharp focus.Contributors: Samantha Baskind, Sergio Cortesini, Robert Cowley, Robert Cozzolino, David McCarthy, Sarah Vure.