indgår i serie Studies in Economic Reform and Social Justice 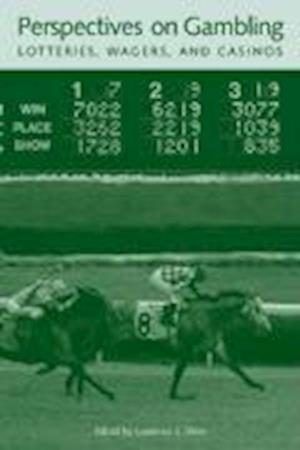 This book consists of several carefully crafted essays on the subject of gambling. The first two essays relate the latest trends on technology and communications to the development of actual gambling practice. And so the first essay documents the impact of simulcast racing on wagering dollars-the impact simulcast bettering has raised the total amounts wagered from .25 billion dollars in 1985 to 15.62 billion dollars in 2002. Bettors find great interest in this developing technology. The next essay untangles the logic of the "double-auction gambling market" by explaining how the experimental work at George Mason University has and is altering the role of the bookmaker who now functions as a mere broker coordinating contracts between bettors. This development is especially obvious in Britain where online gambling is legal. As for the burgeoning state lotteries especially in the United States, we offer three insightful essays. The first recalls the hidden costs that these entertainments often imposed on the community.Indeed, the second essay offers empirical evidence that the persons "most likely" to play the lottery are not only the poor but those poor who are close to getting over the "poverty line." Somehow the lottery symbolizes a one-way ticket out of poverty making this a "desperation ticket" more than an entertainment ticket. Our last two papers should be taken together. The first of this group reminds of the great difficulties and arbitrary assumptions when trying to measure the costs and benefits of the development of Casino gambling. In the last essay, the main and most economically relevant approach would be to find out if there were any empirical connections betweens the growth