indgår i serie The City in the Twenty-first Century 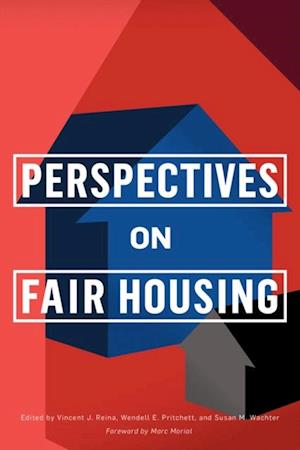 Title VIII of the Civil Rights Act of 1968, known as the Fair Housing Act, prohibited discrimination in the sale, rent, and financing of housing based on race, religion, and national origin. However, manifold historical and contemporary forces, driven by both governmental and private actors, have segregated these protected classes by denying them access to homeownership or housing options in high-performing neighborhoods. Perspectives on Fair Housing argues that meaningful government intervention continues to be required in order to achieve a housing market in which a person's background does not arbitrarily restrict access.The essays in this volume address how residential segregation did not emerge naturally from minority preference but rather how it was forced through legal, economic, social, and even violent measures. Contributors examine racial land use and zoning practices in the early 1900s in cities like Atlanta, Richmond, and Baltimore; the exclusionary effects of single-family zoning and its entanglement with racially motivated barriers to obtaining credit; and the continuing impact of mid-century 'redlining' policies and practices on public and private investment levels in neighborhoods across American cities today. Perspectives on Fair Housing demonstrates that discrimination in the housing market results in unequal minority households that, in aggregate, diminish economic prosperity across the country.Amended several times to expand the protected classes to include gender, families with children, and people with disabilities, the FHA's power relies entirely on its consistent enforcement and on programs that further its goals. Perspectives on Fair Housing provides historical, sociological, economic, and legal perspectives on the critical and continuing problem of housing discrimination and offers a review of the tools that, if appropriately supported, can promote racial and economic equity in America.Contributors: Francesca Russello Ammon, Raphael Bostic, Devin Michelle Bunten, Camille Zubrinsky Charles, Nestor M. Davidson, Amy Hillier, Marc H. Morial, Eduardo M. Pealver, Wendell E. Pritchett, Rand Quinn, Vincent J. Reina, Akira Drake Rodriguez, Justin P. Steil, Susan M. Wachter.