Perspectives from Young Children on the Margins 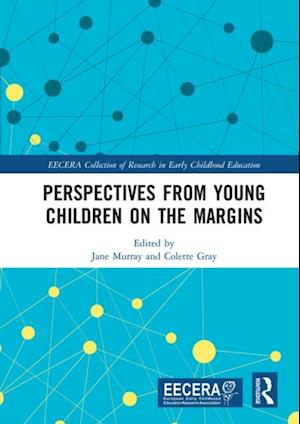 In spite of our apparently connected global environment, people are becoming less connected. Digital communication leads to fewer face-to-face engagements, and many young children are separated from their parents for extended periods. The post-truth phenomenon has resulted in mistrust between policymakers and the people they serve, whilst increased immigration has led to some rich countries adopting a protectionist stance that transforms collaboration into separatism. At its 2014 meeting, the European Early Childhood Education Research Association's Young Children's Perspectives Special Interest Group considered how these issues were affecting young children, particularly the many thousands entering Europe at that time as refugees and migrants escaping conflict in their home countries. Many of those displaced young children found themselves situated on the margins of their new contexts. The feeling of being 'othered' can be existential for any young child experiencing liminality, yet a sense of belonging is important for young children's well-being and development of identity: the feeling of belonging lies at the core of social inclusion. This book, the idea for which arose out of this meeting, is drawn from leading edge empirical studies, and reveals the diverse experiences of young children's marginalisation. This book was originally published as a special issue of the European Early Childhood Education Research Journal.