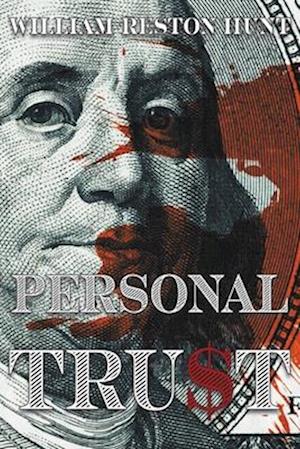 The body of Margaret Brewster is found outside her home the day after a blizzard that had been predicted for three days. A suspicious death to some, it sets in motion the administration of her estate by Steven Mott, an experienced but imperfect bank trust officer and attorney, who sees the Brewster estate as simply another mundane account to administer.

Eleanor Chandler is a charming and attractive younger woman who befriended Mrs. Brewster for only a few months before her death. When Eleanor ends up with most of the estate assets, questions arise and Steven is torn between his duties as a fiduciary and his growing fondness for Eleanor.

Challenged in ways foreign to the staid world of trusts and estates, and beset by painful memories of his disgraced father, Steven avoids a workplace tragedy that changes the course of both his troubled marriage and his career.

PERSONAL TRU$T brings the reader into the fiduciary world where law and banking can be anything but dull, and where executors and trustees must always act in their clients' best interests, even when the fiduciary's personal interests stand in the way.