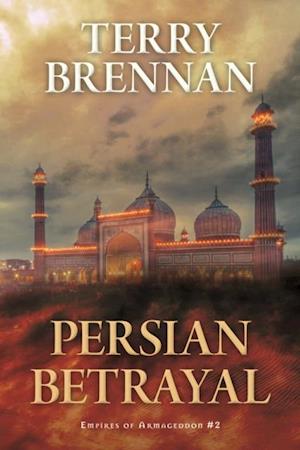 'An inherently riveting story by a novelist with a genuine flair for originality and a reader-engaging narrative storytelling style.' --Midwest Book Review'How much can Brian Mullaney risk to serve God and save lives--without losing his own?DSS Regional Security Officer Brian Mullaney has been tasked with an incredibly dangerous mission. When a synagogue in Jerusalem is destroyed by an explosion, burying the second key prophecy Mullaney is hunting--and the deadly box that protects it--the answers he desperately needs are also crushed. How can he discover the meaning of the centuries-old prophecy now? Why are he and the ambassador he's assigned to protect being targeted? And is there any way this lone man can thwart a nuclear arms race between three ascendant empires of the past?An otherworldly servant of evil known only as the Turk is maneuvering all three nations into an intricate dance designed to undermine prophecy about the end times. And he won't let Mullaney or anyone else get in his way.Wounded in a bloody shoot-out, pressured by his wife to come home, and mourning the death of his best friend, Mullaney doesn't need a powerful enemy. Who is he to save the Ishmael Covenant, the treaty promising peace in the Middle East? Despite angelic intervention, Mullaney wants nothing to do with his final assignment. But without him, evil will win the ultimate struggle . . . and humankind will have no hope left.