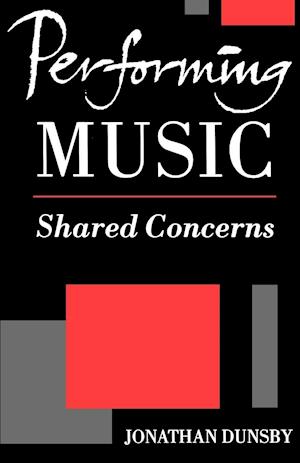 Shared Concerns: Performing Music is about aspects of music-making that have not previously been considered together and in an accessible form. It deals with `performance studies' as a coherent subject, exploring such issues as the ideas of anxiety and artistry, recent thought in the musical literature, tensions between Romanticism nad Modernism, and the sound and design of music. It is written in non-technical language so that the lay reader will be able to gainan insight into how performers think, and what they think about. It is performers who bring classical music to a worldwide public, and yet the public is largely unaware of what it feels like to perform music, what aspects of the activity are a mystery even to the musicians themselves, and which areamenable to scrutiny, experiment, and improvement. The book offers a sustained but compact argument in a rich and entertaining narrative.