- A First Wife's Intimate Portrait of Life with Lou Reed 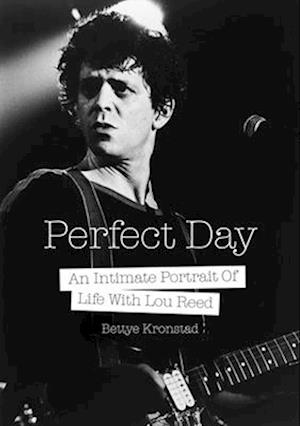 In this intimate and revealing memoir, Lou Reed s first wife finally tells the full story of her five-year relationship with the legendary New York singer and songwriter. Bettye met Lou in 1968 as a nineteen-year-old Columbia University student; they were married, briefly, in 1973. Their relationship spanned some of the most pivotal years of his life and career, from the demise of The Velvet Underground to the writing and recording of his seminal solo masterpieces Transformer, for which Lou wrote 'Perfect Day about an afternoon they spent together in the park, and Berlin, which draws on tales from Bettye s childhood. Here, Bettye looks back on their initially idyllic life together on the Upper East Side; Lou s struggle to launch a solo career after leaving perhaps the most influential rock band of all time; his work and friendships with fellow stars David Bowie and Iggy Pop; and his descent into drink and drug abuse following the success of Transformer, which sent him spinning out from gentle soul to rock n roll animal and brought a swift and calamitous end to their relationship.A powerful and poignant meditation on love, loss, and music, Perfect Day offers a fascinating new perspective on the life and legend of one of rock n roll s finest sons.

Forfattere
Bibliotekernes beskrivelse An intimate portrait of life with one of rock n roll s greatest songwriters and characters from the unique perspective of his first wife. 20 black and white and colour images