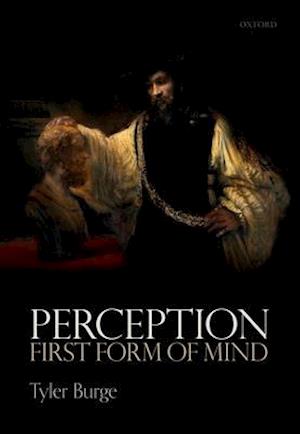 In Perception: First Form of Mind, Tyler Burge develops an understanding of the most primitive type of representational mind: perception. Focusing on its form, function, and underlying capacities, as indicated in the sciences of perception, Burge provides an account of the representational content and formal representational structure of perceptual states, and develops a formal semantics for them. The account is elaborated by an explanation of how therepresentational form is embedded in an iconic format. These structures are then situated in current theoretical accounts of the processing of perceptual representations, with an emphasis on the formation of perceptual categorizations. An exploration of the relationship between perception and other primitivecapacities-conation, attention, memory, anticipation, affect, learning, and imagining-clarifies the distinction between perceiving, with its associated capacities, and thinking, with its associated capacities. Drawing on a broad range of historical and contemporary research, rather than relying on introspection or ordinary talk about perception, Perception: First Form of Mind is a scientifically rigorous and agenda-setting work in the philosophy of perception and the philosophy ofscience.

Forfattere
Bibliotekernes beskrivelse Tyler Burge offers an agenda-setting, scientifically rigorous account of the most primitive form of representational mind: perception. He explains how perception works and how it relates to other mental capacities-conation, attention, memory, anticipation, affect, learning, imagining-and clarifies the distinction between perceiving and thinking.