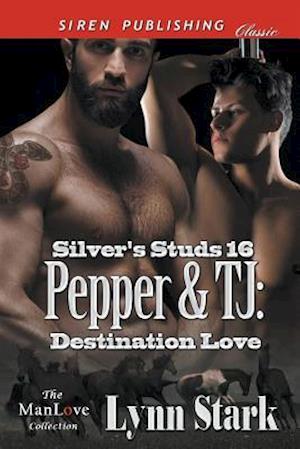 Pepper & TJ: Destination Love [Siren Classic ManLove: Alternative Contemporary Romance, MM, HEA] Pepper Landry had been abandoned by his lover. It had all but broken him at the time. However, he had picked up the pieces. He hadn’t expected TJ to return almost five years later, wanting to get back together. Pepper’s life was going great. He had two beautiful children and was expecting a third. As much as his heart wanted TJ, he was terrified. Was loving TJ worth the risk to his heart? Returning to Silver was what TJ Waters needed to recover from his time as an undercover cop. When he returned, he knew he wanted to be part of Pepper’s life again. But was there any place in it for him? And did he deserve to be in it? He had left the man and broken things off without explanation. Pepper had moved on. Still, TJ knew he had to fix himself before he could fix his relationship with the love of his life.