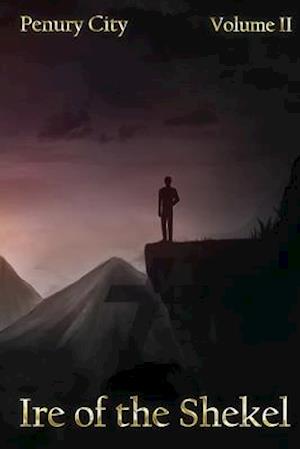 In the first volume we travelled with a group of people seeking to escape a fallen and corrupt world. Through the help of a mystical guide named Maria, they journeyed through a hidden system below the worldly cities. In this second volume, our adventurers make it to the fabled city they have longed to reach. However, all does not appear to be as promised. Our main protagonist once again shouts out the injustice that others have yet to admit.

However, Dr. Saul Kriesh's journey is not yet over, but in fact he is given a new role, one that sees him as the learner. With Sister Guinevere once again assigned as his companion, he takes on this new mission - a sort of boot camp in the laws of the One. Only at the end of this training is a single test that will take all the courage and strength our unlikely hero can muster.

Ire of the Shekel will not disappoint as the level of excitement is ratcheted up several notches. This tale is not over yet. Though our adventurers have arrived at their destination, is it the ultimate destination? There are still connections to be made, questions to be answered, and revelations unveiled as Saul begins to understand this quest for truth.