- voices from the other side 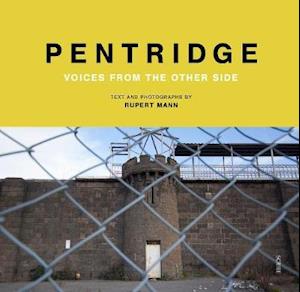 Members of the last generation of inmates and staff return to this now-forgotten prison to tell the true and brutal story of Pentridge before developers bury it forever.Within the forgotten and decaying walls of this once-shining fortress, fifteen people return to their memories and to Pentridge - many for the first time since being released, or having retired, up to 60 years before - to bear witness to its end, and to be photographed amongst the decay, as a testament to the resilience of the human spirit.They include former prisoners, such as Jack Charles, Billy Longley, Noel Tovey, and Ray Mooney; former staff, such as Peter Norden and Pat Merlo; musicians who played there, such as Paul Kelly; and Brian Morley, a legal witness to Ronald Ryan's execution in 1967.Pentridge was, for 146 years, a crossroads where thousands of lives came together and an integral, if unwanted, part of Melbourne's identity. In its cells, corridors, and halls can be found the remnants of an endless litany of love, hate, loss, and discovery, friendship and conflict, political dealings and petty squabbles. There is no betrayal, affirmation, or epiphany that has not occurred here. And during all those years, life was messily split between jailer and prisoner by bluestone and iron. This is the story of Pentridge Prison, as told by those who lived it.More information about Rupert's work and the book can be found here.