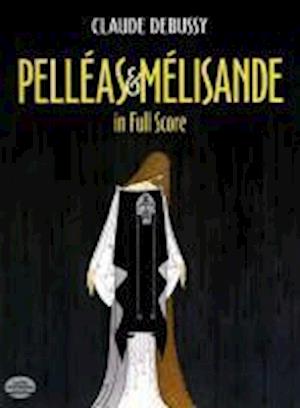 Distinguished by its sure and economical craftsmanship, Pelleas et Melisande is Debussy's only opera a perfect marriage of music and verse that ranks as one of the great landmarks in the history of the form, so sublimely does the musical style fit Maeterlinck's allegory of guilt and innocence.

In its premiere performance at the Opera-Comique on April 30, 1902, Pelleas et Melisande created an uproar a reaction perhaps to the unique harmonies and advanced orchestration Debussy unveiled in the work. Though initially considered subversive, his harmonic innovations remained rooted in the tonal system, deepening and extending its scope. Today, the opera is universally hailed as the summit of French musical impressionism, a unique poetic conception in which Debussy's powers of orchestral and vocal writing are at their pinnacle.

Reprinted in its entirety from the authoritative E. Fromont (1904) edition, this faithful edition reproduces the full orchestral and vocal score in clear, large, legible notation for easy reading and study. A new English translation of the original French front matter further enhances the value and completeness of the volume.