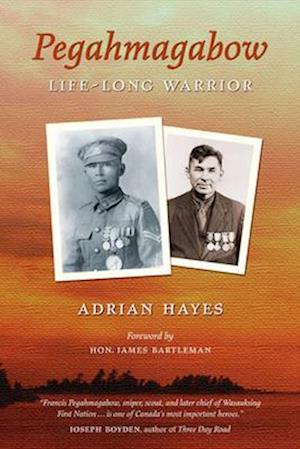 Francis Pegahmagabow was a remarkable aboriginal leader who served his nation in time of war and his people in time of peace. In wartime he volunteered to be a warrior. In peacetime he had no option. His life reveals how uncaring Canada was about those to whom this land had always been home.A member of the Parry Island band (now Wasauksing First Nation) near Parry Sound, Ontario, Francis served with the Canadian Expeditionary Force in Belgium and France for almost the entire duration of the First World War, primarily as a scout and sniper. Through the horrific battles and inhumane conditions of trench warfare, his actions earned him three decorations for bravery - the most ever received by a Canadian aboriginal soldier. More recently, they inspired the central fictional character in Joseph Boyden's highly acclaimed novel Three Day Road.Physically and emotionally scarred by his wartime ordeals, Francis returned to Parry Island to try to rebuild his life. He had been treated as an equal in the army, but quickly discovered things hadn't changed back in Canada. As a status Indian his life was regulated by the infamous Indian Act and by local Indian agents who seemed bent on thwarting his every effort to improve his lot.So, Francis became a warrior once more - this time in the even longer battle to achieve the right of aboriginal Canadians to control their own destiny. In compiling this account of Francis Pegahmagabow's remarkable life, Adrian Hayes conducted extensive research in newspapers, archives, and military records, and spoke with members of Pegahmagabow's family and others who remembered the plight and the perseverance of this warrior.