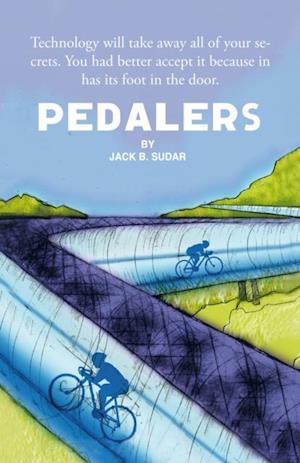 As technology advances, privacy diminishes. As population increases, the world gets smaller. What if, in the near future, the world were to become too small? What if our energy expenditures were eventually overwrought, and in order to survive, we were forced to create our own energy by riding bikes? That is the future for our hero, young Scorpio. Welcome to the world of Jack B. Sudars Pedalersa world of destruction. In the future, the silent monsters of our present have crushed our hopes. These monsters are not bombs, terrorists, or epic war; instead, the silent monsters are technology, stress, fear, and pollution. These silent monsters threaten to dismantle human life, but there is hope. There are answers. As a species, we can fight the silent monsters, but we must do it together. Follow Scorpio as he strives to make sense of his world, along with the help of both friend and foe. The salvation of the human race can be accomplished; pleasure and peace can be regained. Before it can happen, though, we must be willing to listen.