Pearls of the Uzbek prose literature 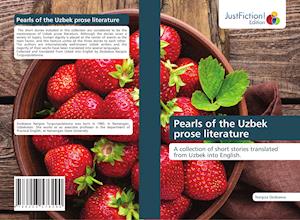 The short stories included in this collection are considered to be the masterpieces of Uzbek prose literature. Although the stories cover a variety of topics, human dignity is placed at the center of events as the main factor, and this feature unites all the three stories to each other. The authors are internationally well-known Uzbek writers and the majority of their works have been translated into several languages.Collected and translated from Uzbek into English by Dosbaeva Nargiza Turgunpulatovna.