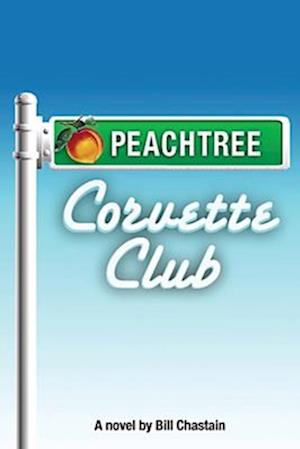 Peachtree Corvette Club rekindles memories from a "Pink Floyd" era of college when students huddled in cramped rooms to smoke joints, listen to music and take advantage of the relaxed attitude toward sex. The book is set in 1977 at Georgia Tech, the Atlanta engineering school with the high academic standards, and Truman Forbes serves as the book's introspective, yet somewhat confused, protagonist. At the outset of the story he has come to grips with the fact self denial isn't all it's cracked up to be-especially when you lose at love. Despite following all the rules, Lisa Southall dumped him, ending a long-distance relationship with few benefits other than affording him the feeling of being in love. So he vows to make changes at the beginning of his junior year at Tech. And change Truman does, taking off on a degenerative path led by Bone, his friend and fraternity brother. Once under Bone's spell, Truman meets Paige Kupryn and he begins to understand what he's been missing in a relationship. Sex is the initial component of the attraction. Paige is beautiful, blonde, and drives a Corvette, one of the trappings of being the daughter of wealthy, divorced parents from Buckhead. In essence, she is the polar opposite of Lisa. While Truman cavorts with Bone and other members of his fraternity in various hi-jinx-including Bone's pursuits of winning the intramural football championship and his scheme to cut down the school whistle, his relationship with Paige continues to evolve, as do his impressions of her. Truman realizes he has never had more fun in college, but the price paid has been the loss of his moral compass. He has an all or nothing personality, making the transition from devoted student and physical fitness freak to thrill seeker with a budding attraction to pot, and an indifference to most everything-spawning interesting, as well as humorous, consequences. Peachtree Corvette Club brings a reminder of how liberated college students are, holding the privileges of adulthood minus the constraints. Said freedom has allowed childish antics fueled by adult minds during any era of college life and is the backbone of exaggerated behavior, which is personified in this story.