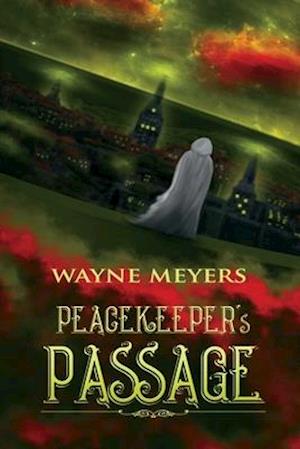 Hofen is both thrilled and terrified when the peacekeepers' guild adopts him a year early, but he painfully learns surviving until his tenth birthday-when his guild training begins-won't be easy. Bullied inside and out of the guildhall for being an "outskirts" boy and denied access to the fighting skills a peacekeeper apprentice studies, he must secretly learn to protect himself on his own-even though discovery of his clandestine spying means expulsion.Fused between rigid traditionalism and inexplicable technology, the Scriptures of Bellisprodus dictate all the rules for this moralistic, guild-based culture. The peacekeepers are sworn to enforce and defend these Scriptures with their lives. So when the peacekeeper masters learn of a plot that threatens the very fabric of their society, Hofen must overcome his fear of losing this new life and home he's come to love in order to preserve it.PEACEKEEPER'S PASSAGE is a science-fantasy tale with a touch of coming-of-age that will appeal to YA readers, with cross-over to New Adult and Adult.