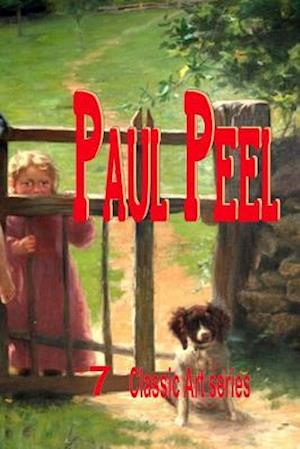 Paul Peel Born: 07 November 1860Died: 03 October 1892, was a Canadian academic painter. Paul received his formal training in neighbouring Pennsylvania. He started with scenes from home London Ontario and Toronto the bulk of his works were completed while in Paris.'Paul Peel' is a new publication highlighting many of his paintings and sketches completed during his short life. Tragically Peel died in Paris from a lung disease, at 31 years.This son of a drawing teacher, chose many of his subjects and landscapes from rural setting and everyday people at home or at work. There is a certain playfulness in some of the masterpieces, that put Peel as one of Canada's best of the 19th century