- The man who loved trains 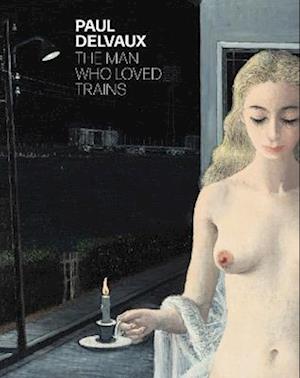 Paul Delvaux (1897-1994) was always fascinated by trains, railways and stations. In his earlier post-impressionist work, trains were already the main subject, but it is in his better-known surrealist work where trains or stations are often present, hidden or not, that his passion for the railway is revealed.In an exhibition at Train World in Brussels, around 50 works from the artist are exhibited including some on loan from the Paul Delvaux Museum at St. Idesbald as well as private collections, in which trains are the main theme. Works include his first drawings in the 1920s, watercolours from the 1930s and monumental works of the 1950s to the 1970s. All of which are fully illustrated in this accompanying exhibition catalogue.