Patterns of Sin in the Hebrew Bible

- Metaphor, Culture, and the Making of a Religious Concept 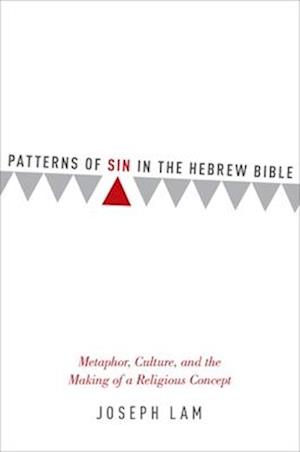 Sin, often defined as a violation of divine will, remains a crucial idea in contemporary moral and religious discourse. The apparent familiarity of the concept, however, obscures its origins within the history of Western religious thought. This book examines a watershed moment in the development of sin as an idea-namely, within the language and culture of ancient Israel-by examining the primary metaphors used for sin in the Hebrew Bible. Drawing from contemporarytheoretical insights coming out of linguistics and philosophy of language, this book offers a comprehensive look at four patterns of metaphor that pervade the biblical texts: sin as burden, sin as an account, sin as path or direction, and sin as stain or impurity. In exploring the permutations of thesemetaphors and their development within the biblical corpus, the book offers a compelling account of how a religious and theological concept emerges out of the everyday thought-world of ancient Israel. Key aspects of the approach to metaphor adopted in this book, such as the patterning of metaphor, the notion of metaphorical construal, and how metaphors become lexicalized over time, also have important ramifications for the study of biblical and ancient Near Eastern texts morebroadly.

Forfattere
Bibliotekernes beskrivelse This book explores the roots of the Western religious conception of sin by examining the primary metaphors used to represent the notion in the Hebrew Bible: sin as burden, account, path, and stain.