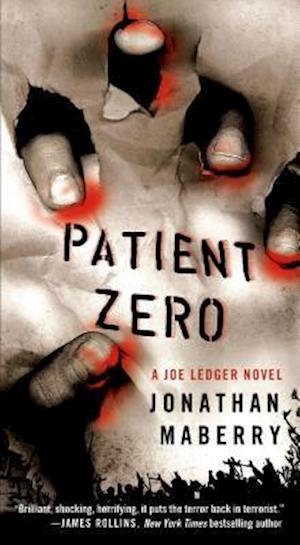 When you have to kill the same terrorist twice in one week, there's either something wrong with your world or something wrong with your skills... and there's nothing wrong with Joe Ledger's skills. Ledger, a Baltimore detective assigned to a counterterrorism task force, is recruited by the government to lead a new ultrasecret rapid-response group called the Department of Military Sciences (DMS) to help stop a group of terrorists from releasing a dreadful bio-weapon that can turn ordinary people into zombies.

"As palatable as your favorite flavor of ice cream. A memorable book."--Peter Straub

Patient Zero is the first book in the Joe Ledger series by Jonathan Maberry.

This edition of the book is the deluxe, tall rack mass market paperback.