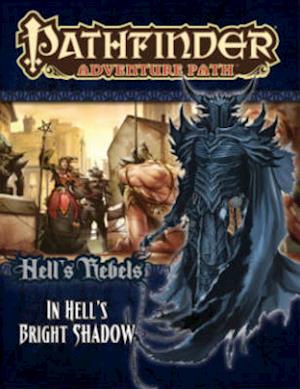 The city of Kintargo has long been a shelter for artists, free-thinkers, and those marginalized by the oppressive Chelaxian government -- but now the city has been placed under martial law by inquisitor Barzilali Thrune. When a protest turns into a riot, a new group of heroes comes together to form an organized resistance to the devil-binding government and the Church of Asmodeus. But can they survive long enough to establish allies...or will they become the latest victims of the Thrice-Damned House of Thrune? A Pathfinder Roleplaying Game adventure for 1st-level characters, In Hell's Bright Shadow begins the Hell's Rebels Adventure Path, an urban and political-themed campaign that focuses on a rebellion against one of the Pathfinder Campaign Setting's most infamous nations -- devil-haunted Cheliax.