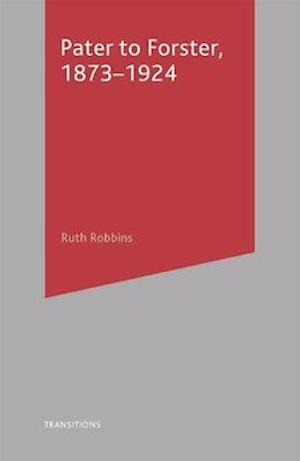 Was the late nineteenth century 'Victorian' or 'modern'? Why did the New Woman disappear from literary history? Where did T. S. Eliot's poetics of the city come from?In this essential guide, Ruth Robbins explores an era often named an 'age of transition' which exists uneasily between the apparent certainties of the Victorians and the advent of a Modernist aesthetics of instability. Robbins considers some of the central literary categories and themes of the period (decadence, realism, nostalgia, New Woman writing, degeneration, imperialism and early modernism) in writings by both major and 'minor' writers, thereby creating a complex picture of transitions, continuities and breaks with the past. By examining this tumultuous era as an age in its own right, Pater to Forster, 1873-1924 offers the reader a rather different history of the late Victorians and Modernists, and retells that history from a new perspective.