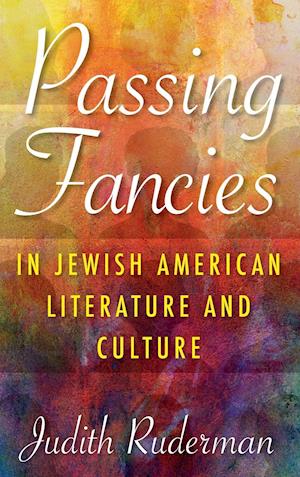 In Passing Fancies in Jewish American Literature and Culture Judith Ruderman takes on the fraught question of who passes for Jewish in American literature and culture. In today's contemporary political climate, religious and racial identities are being reconceived as responses to culture and environment, rather than essential qualities. Many Jews continue to hold conflicting ideas about their identity-seeking, on the one hand, deep engagement with Jewish history and the experiences of the Jewish people, while holding steadfastly, on the other hand, to the understanding that identity is fluid and multivalent. Looking at a carefully chosen set of texts from American literature, Ruderman elaborates on the strategies Jews have used to "pass" from the late 19th century to the present-nose jobs, renaming, clothing changes, religious and racial reclassification, and even playing baseball. While traversing racial and religious identities has always been a feature of America's nation of immigrants, Ruderman shows how the complexities of identity formation and deformation are critically relevant during this important cultural moment.