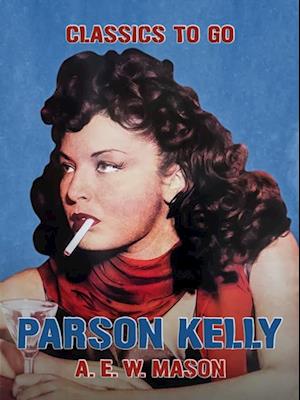 Excerpt: 'So wrote Mr. Alexander Pope, whom Nicholas Wogan remembers as a bookish boy in the little Catholic colony of Windsor Forest. The line might serve as a motto for the story which Mr. Wogan (now a one-armed retired colonel of Dillon's Irish Brigade in French Service) is about to tell. The beginnings of our whole mischancy business were trivial in themselves, and in all appearance unrelated to the future. They were nothing more important than the purchase of a couple of small strong-boxes and the placing of Parson Kelly's patrimony in Mr. Law's company of the West. Both of these events happened upon the same day. It was early in February of the year 1719, and the streets of Paris were deep in snow. Wogan, then plotting for King James's cause, rode into Paris from St. Omer at ten o'clock of the forenoon, and just about the same hour Parson Kelly, plotting too in his way, drove through the Orleans gate. A few hours later the two men met in the Marais, or rather Nicholas Wogan saw the skirts of Kelly's coat vanishing into an ironmonger's shop, and ran in after him. Kelly was standing by the counter with a lady on either side of him, as was the dear man's wont; though their neighbourhood on this occasion was the merest accident, for the Parson knew neither of them.'