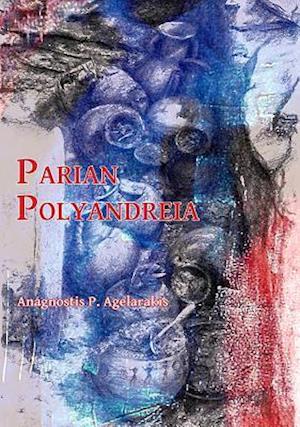 This book centres on the anthropological study of two late 8th century BC monumental graves, designated as T144 and T105, at the ancient necropolis of Paroikia at Paros. The study investigates inter-island features of the human record, observable as ingrained traces in the skeletal record. These have particular significance as they may relate to Parian endeavours in the northern Aegean to colonise Thasos. Through the 'Paros Polyandreia Anthropological Project,' it was possible to gain insights into aspects of the human environment and experience in the Parian context. A considerable population sample of cremated male individuals was available, shedding light on trends that would have involved Thasos; and discerning further facets of the human condition during the Late Geometric to the Early Archaic periods in the ancient Hellenic world. The report integrates the basic anthropological data, evaluations and assessments derived from the study of the human skeletal record of Polyandreia T144, and T105. Bioarchaeological and forensic anthropological research results include the morphometric analyses of biological developmental growth and variability in relation to manifestations of acquired skeleto-anatomic changes, along with inquiries into the demographic dynamics, and the palaeopathologic profile of the individuals involved. Such intra-site juxtaposition afforded the possibility to deliberate on issues of the intended purpose, function, and symbolic meaning of the two funerary activity areas, and to reflect on the organizational abilities and capacities of the Parians in political and military affairs. Moreover, inter-site evaluations of the burial grounds of Orthi Petra of Eleutherna-Crete, Plithos of Naxos, Athenian Demosion Sema, Pythagoreion of Samos, and Rhodes make possible comparisons of taphonomic conditions, with cremated materials' metric analyses, and reflections on aspects of the funerary customs and practices of the interring of cremated war dead.

Forfattere
Bibliotekernes beskrivelse This book centres on the anthropological study of two late 8th century BC monumental graves, including a considerable population sample of cremated males, at the ancient necropolis of Paroikia at Paros, Greece. The study investigates inter-island features of the human record, observable as ingrained traces in the skeletal record. Illustrated throughout in colour and black & white (58 colour plates)