indgår i serie The Paranormal 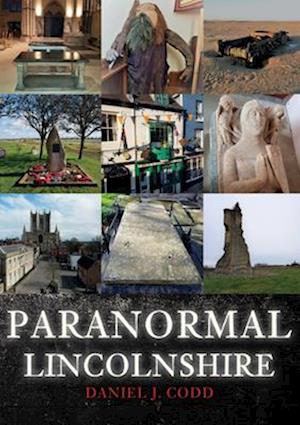 Lincolnshire has many well-known stories of the supernatural, among the best known of which is that of the Lincoln Imp. In this book author Daniel J. Codd explores the supernatural lore of Lincolnshire. It includes all manner of phenomena, from forgotten poltergeist incidents and village miracles to recent allegations of werewolf and yeti-type creatures seen in the wilds of Lincolnshire. There are many hitherto unpublished accounts such as reports of the ghost of a small man who appeared to builders renovating a house in Lincoln; a ghostly lady who approached a house in Skellingthorpe (whereupon previously unnoticed footprints were found in concrete outside the door); and a phantom Second World War soldier who crossed a road leading to his old house in Lincoln. There are also stories of UFOs, two tall humanoid figures seen crossing wasteland, monkeys and panthers running wild, and a smoky cross that allegedly appears outside Scunthorpe's hospital when someone is about to die.Paranormal Lincolnshire takes the reader into the world of ghosts, spirits and poltergeists in the county, following their footsteps into the unknown. It captures the spectrum of ghosts, haunted places, UFOs, strange creatures and weird phenomena reported across the county, old and new. These tales will delight ghost hunters and fascinate and intrigue everybody who knows Lincolnshire.