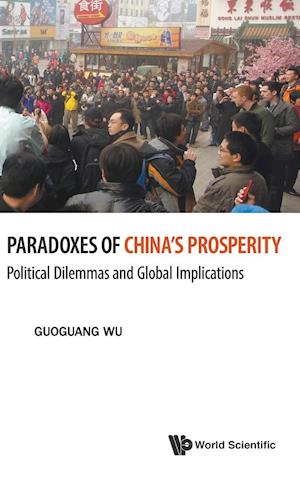 The world seems divided to either applaud or fear the rise of China, but this book probes deeper by investigating three aspects of the phenomenon in detail: 1) the institutional dilemmas of the prosperity as it integrates Asian authoritarianism with globalizing capitalism to create economic accomplishments; 2) the political struggles alongside the prosperity as Chinese citizens begin to demand equality, rights, and justice that might be viewed to disturb the continuity of stability and development; and 3) the global implications entailed by the prosperity - not only in power politics, war and peace, or competitions among nations, but especially on global public goods termed "human security". Articles included here combine political economic analyses, lens with historical depth, and global concerns to add a perspective that highlights the "paradoxes" of prosperity surrounding the ongoing debate on the rise of China and its global ramifications.Readers will find an analysis that goes beyond the dichotomy viewing the rise of China either in positive or negative perspectives. Investigations on the internal dilemmas and the global implications of the rise of China are well-situated in the historical context of China's own search for modernization since the late 19th century. This is one of the few books in which China's rise is examined from a global perspective, rather than from a national perspective (of China, the United States or any other specific nation) - a global perspective that addresses the challenges facing all human societies with the rise of China.