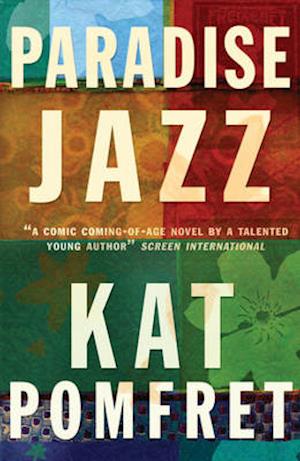 'Kat Pomfret has a great ear for sassy dialogue and jazz club rhythms, and these sing out comically against pallid, small town England.' The Telegraph

Forfattere
Bibliotekernes beskrivelse At Paradise Jazz, myths became legends and legends took off their coats and played the kind of blues to leave blisters on your soul. Kat Pomfret's colourful debut novel explores what happens in a small town when big secrets collide. A novel about family, history and identity, "Paradise Jazz" tells the story of two women who have to confront a violent and secret past. The stories of Georgetown Easy, looking for a father last seen in Texas 1978, and Helena Jones, who wants to forget the past as much as her great aunt wants her to remember it, twist round one another in the small but complex world of the novel, in which 'life is like jambalaya, on the one hand nothing to hold it all together and on the other, Lord you try unpicking one thing from another.