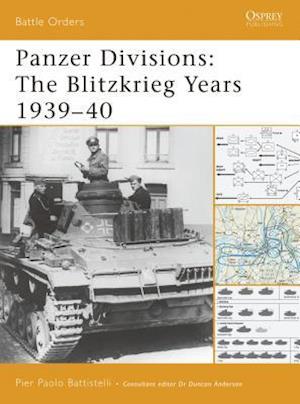 At the outbreak of World War II in September 1939, Germany's armoured forces - the Panzerwaffe - were still in their infancy. The restrictions imposed by the Treaty of Versailles meant that German tank production lagged behind its enemies. Initial armour campaigns in Poland were not overly successful and changes were needed before the invasion of France. This book examines the organizational changes, developments in doctrine and tactics and improved command and control that provided the basis for the spectacular success of the Panzer divisions in 1940. Achieving tactical and operational surprise, the Panzer divisions broke through enemy defences, enveloping a large number of hostile forces at Dunkirk.