Panic in the Loop 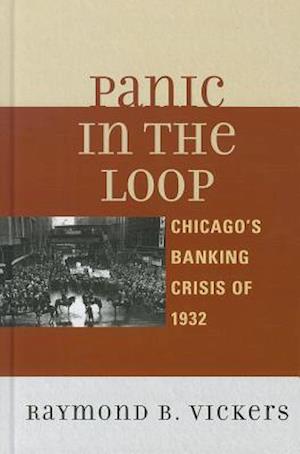 Relying on a broad array of records used together for the first time, Panic in the Loop reveals widespread fraud and insider abuse by bankers-and the complicity of corrupt politicians-that caused the Chicago banking debacle of 1932. It provides a fresh interpretation of the role played by bankers who turned the nation's financial crisis of the early 1930s into the decade-long Great Depression. It also calls for the abolition of secrecy that still permeates the bank regulatory system, which would have prevented the Enron fiasco and the financial meltdown of 2008. This book focuses on the recurrent failures of the financial system-the savings and loan crisis of the 1980s, the Enron debacle of the early 2000s, and finally the financial collapse of 2008. Because of regulatory secrecy, knowing what happened in Chicago in 1932 is critical to understanding the glaring problems in the regulation of American finance, in particular the lack of transparency, the abuse of financial institutions by insiders, and the capture of public institutions by insiders going through the revolving door between the private and public sectors. Eight decades later little has changed. The regulatory failures of the 1930s-especially the pervasive system of secrecy that allowed the fraud and insider abuse to flourish-were repeated during the collapse of 2008. Transparency would strike at the alliance between the executives of financial institutions and public officials, who caused the worst economic upheaval since the Great Depression.