PAN AM: History, Design and Identity 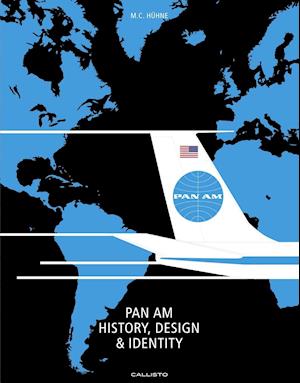 Why does Pan Am's blue globe retain its cult status although the airline went bankrupt long ago? This unprecedented analysis explores the history and strategies that created a truly triumphant brand. Pan Am: History, Design & Identity is the captivating story of a company that refused to consider anything impossible and single-handedly revolutionized air travel. From modest beginnings in the late 1920s, Pan Am developed into the world's best known airline with astonishing speed. Its rapid rise was accompanied by highly effective publicity campaigns showing off its services and its many achievements. These iconic designs have remained in our collective memory down to the present day. The book takes the reader on a journey into the daring world of early air travel, follows the first crossings of the Atlantic and Pacific oceans, investigates commercial aviation during World War II, and gives a feeling of the thrill of the jet age when a plane ticket started to become affordable for the general public and mass tourism took off.Hundreds of images, many published for the first time, were carefully selected and printed not only to create a spell-binding visual storyline to supplement the text, but to allow readers to retrace for themselves Pan Am's brilliant publicity coups, their goals and their results. All images were reproduced and digitally restored true to the originals. This volume presents an overview of Pan Am's entire history with new research and documents from the corporate archives. It is an inspired tribute to one of the most influential companies of the 20th century.

Forfattere
Bibliotekernes beskrivelse An analysis of the history and strategies that created the triumphant brand whose blue globe symbol retains its cult status around the world although the airline went bankrupt long ago. 668 colour illustrations, 185 black & white halftones, 8 colour illustrations