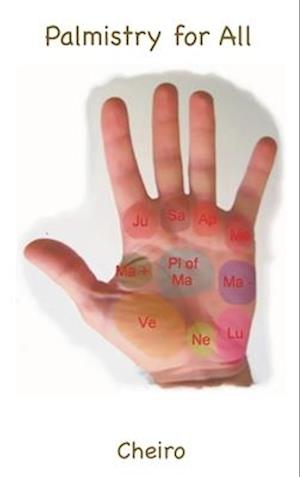 Palmistry is a practice common to many different places on the Eurasian landmass; it has been practiced in the cultures of Sumeria, Babylonia, Arabia, Canaan, Persia, India, Nepal, Tibet and China.

In Renaissance magic, palmistry (known as "chiromancy") was classified as one of the seven "forbidden arts", along with necromancy, geomancy, aeromancy, pyromancy, hydromancy, and spatulamancy (scapulimancy). During the 16th century the art of palmistry was actively suppressed by the Catholic Church.

A pivotal figure in the modern palmistry movement was the Irish William John Warner, known by his sobriquet, Cheiro. After studying under gurus in India, he set up a palmistry practice in London and enjoyed a wide following of famous clients from around the world, including famous celebrities like Mark Twain, W. T. Stead, Sarah Bernhardt, Mata Hari, Oscar Wilde, Grover Cleveland, Thomas Edison, the Prince of Wales, General Kitchener, William Ewart Gladstone, and Joseph Chamberlain. So popular was Cheiro as a "society palmist" that even those who were not believers in the occult had their hands read by him. The skeptical Mark Twain wrote in Cheiro's visitor's book that he had "exposed my character to me with humiliating accuracy".

The book Titanic's Last Secrets includes a detailed account of one of Cheiro's palm readings with William Pirrie, chairman of Harland and Wolf, builders of the Titanic. Cheiro predicted that he would soon be in a fight for his life, talking about the battle surrounding the Titanic sinking.