Palestine in the Evolution of Syrian Nationalism (1918-1920)

- Salhi, M: Palestine in the Evolution of Syrian Nationalism (

indgår i serie Chicago Studies on the Middle East 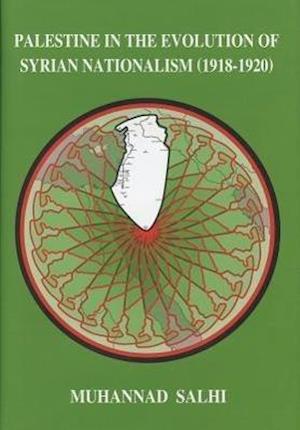 One of the most enduring political dilemmas in modern history, the Palestine question has had a tremendous effect on the evolution and development of all nation-states in the Middle East. Directly bound to both the once paramount ideology of Arab nationalism and incorporated into the doctrines of politicized Islamic groups, the loss of Palestine and its consequences have been bemoaned by both secular nationalists and religious "fundamentalists" alike as one of the greatest "catastrophes" Arabs and Muslims have had to face in the modern age. The magnitude of the Palestinian predicament and its complexity have almost necessarily dictated its tremendous impact on the entire Middle East, thus becoming the ostensible source of most problems in the region and the focus of most political pursuits to this day.Palestine in the Evolution of Syrian Nationalism analyzes the place of Palestine in the development of Syrian nationalism from the inception of Syria as a modern nation-state following the dissolution of the Ottoman Empire at the end of the First World War. The author does not approach this issue solely in terms of analyzing any direct relationship between Syria and the Zionists, but rather as a means of understanding the centrality of this issue to the development of Syrian nationalism. Instead of emphasizing the Palestine question as an external problem with which the Syrian nation-state had to contend as an Arab and Muslim country, this study attempts to discover to what extent Palestine was genuinely understood to be inherently an internal Syrian issue. The book concludes that Palestine was viewed as an integral part of the Syrian nation and demonstrates the extent to which the issue of Palestine/Southern Syria was entrenched and intertwined in the Syrian understandings of nationhood and national identity. Thus, this study fills a critical gap by providing focus on a topic that is necessary to any future study of modern Syrian political history.