- Aesthetics and the Relationship between Image and Text 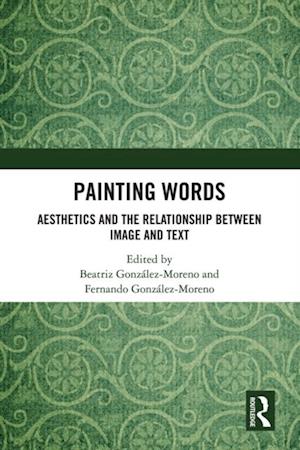 Painting Words: Aesthetics and the Relationship between Image and Text addresses the importance of dialogue between art and literature, text and image in our image-saturated era. In a globalized world, isolation and compartmentalization hinder us back, whereas the Romantic idea of belonging urges us to look beyond and to build bridges. Bearing this Romantic spirit in mind, rather than focusing on a traditional paragonal approach, this book puts forward the benefits of alliance by offering an interdisciplinary and transdisciplinary perspective. Illustrations are included to guide the reader into comparativism and intermedial encounters, while providing an inspiring overview of the literary and visual department both in Europe and America from the Renaissance to the twentieth century. The different essays lead us through an aesthetic exploratory journey by the hand of Cervantes, Shakespeare, Felicia Hemans, Emily Eden, William Wordsworth, Edgar A. Poe, Flannery O'Connor, N. Scott Momaday, Jose Joaquin de Mora, Wallace Stevens and Jose Angel Valente, among others. Editors, Beatriz Gonzlez Moreno and Fernando Gonzlez Moreno have brought together an international group of scholars around the idea of 'painting words,' which they define as the pictorial ability of language to stir the reader's imagination and the way illustrators have 'read' literary works over the course of centuries. Many traditional comparative studies examine literature belonging to specific time periods or movements, far less frequently do they bridge visual culture with text-- Painting Words: Aesthetics and the Relationship between Image and Text aims to do just that.