- Discourses of Suffering in Seventeenth-Century England 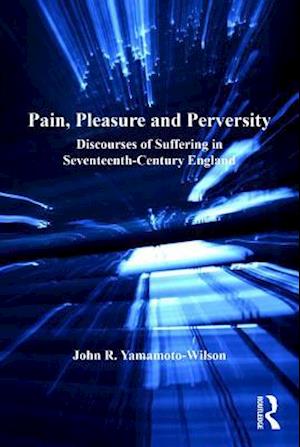 Luther's 95 Theses begin and end with the concept of suffering, and the question of why a benevolent God allows his creations to suffer remains one of the central issues of religious thought. In order to chart the processes by which religious discourse relating to pain and suffering became marginalized during the period from the Renaissance to the end of the seventeenth century, this book examines a number of works on the subject translated into English from (mainly) Spanish and Italian. Through such an investigation, it is possible to see how the translators and editors of such works demonstrate, in their prefaces and comments as well as in their fidelity or otherwise to the original text, an awareness that attitudes in England are different from those in Catholic countries. Furthermore, by comparing these translations with the discourse of native English writers of the period, a number of conclusions can be drawn regarding the ways in which Protestant England moved away from pre-Reformation attitudes of suffering and evolved separately from the Catholic culture which continued to hold sway in the south of Europe. The central conclusion is that once the theological justifications for undergoing, inflicting, or witnessing pain and suffering have been removed, discourses of pain largely cease to have a legitimate context and any kind of fascination with pain comes to seem perverse, if not perverted. The author observes an increasing sense of discomfort throughout the seventeenth century with texts which betray such fascination. Combining elements of theology, literature and history, this book provides a fascinating perspective on one of the key conundrums of early modern religious history.